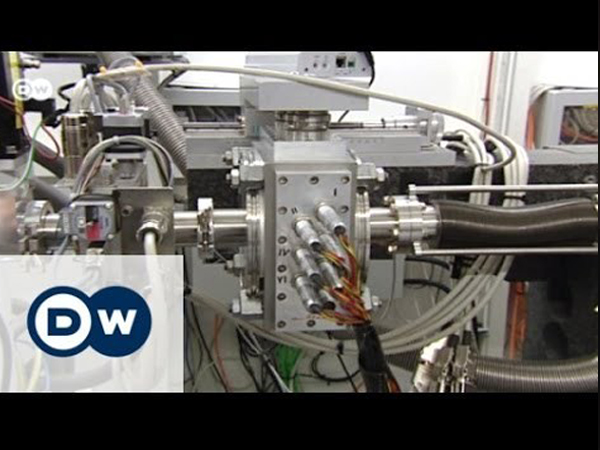 Playing the numbers: a billion-dollar gamble on the European X-ray Laser 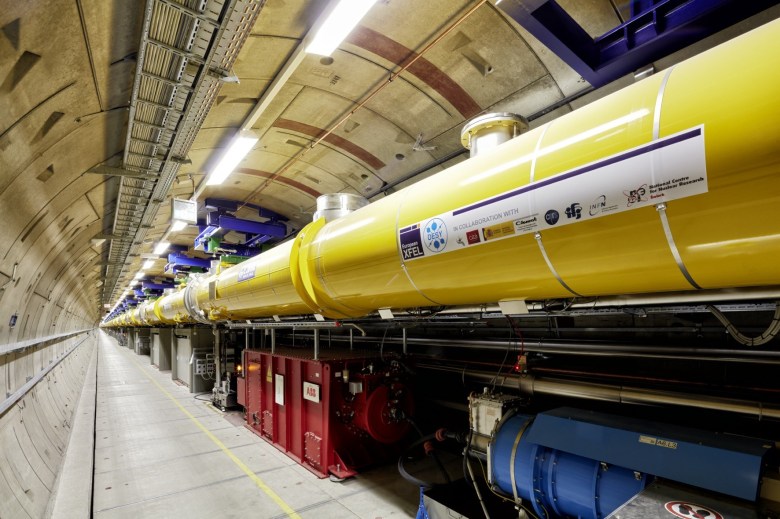 “Big science” is a term originally coined by historians to describe the major scientific advancements made by industrial nations around the period of the Second World War.

The phrase usually implies enormous investment of capital, often running into the billions of dollars. Due to the massive scale of these projects they require support from national governments or even groups of governments. But is this huge investment of tax dollars ultimately worth it?

That is one of the key questions currently being asked about the European X-ray Laser, also known as XFEL – an eight-year, €1.22 billion project involving Germany, Russia, and nine other European nations.

Described as “the most expensive experiment in Germany” and with a start date estimated to be September 2017, scientists and the general public are still debating the opportunities and challenges associated with this huge international science project.

Big Science in the 21st century

One of the most famous Big Science projects so far in the 21st century was the Large Hadron Collider. That project, which ended up costing around US$5 billion to construct and US$1 billion a year to run, aimed to detect the fundamental particles that make up the universe. The most famous of these was the so-called “God particle” or Higgs boson, described at the time as the “missing link in the standard model of particle physics”.

To answer this question we could consider the National Ignition Facility in California. The project was finally completed in 2009, five years later than planned and around four times over budget (the total cost ended up being around US$3.5 billion).

The facility’s primary goal was to demonstrate nuclear fusion with a substantial gain in energy. If successful, it could have had a massive impact on the world’s energy supply, with a legacy stretching far into the future. However, in the second half of 2012, the experiment officially ended, having only reached one-tenth of the required conditions for fusion ignition.

Since 2012, the facility has been used for countless other successful materials and weapons experiments. In the minds of the American taxpayer though, could this project be regarded as a success when measured against its original aims?

Similarly burdened by the weight of international expectation, the European X-ray Laser has an equally ambitious goal. This project aims to create the first ever atomic-scale molecular movies of proteins, the fundamental building blocks of life.

The facility consists of a vast underground network of tunnels, stretching for kilometres beneath the northwest border of Hamburg in Germany. The basic idea is to focus trillions of X-ray photons into a tiny volume of space containing just a single molecule and record an image of it before it explodes.

The European X-ray Laser is a 3.4-km-long facility which runs essentially underground. The three sites (framed in red) are located in Hamburg (DESY-Bahrenfeld and Osdorfer Born) as well as in the south of the city of Schenefeld (Pinneberg district, Schleswig-Holstein). Aerial views: FHH, Landesbetrieb Geoinf. und Vermessung.
Copyright European XFEL

This concept, known as “diffraction before destruction” would open up an entirely new window on the molecular world. It would, for example, allow scientists to visualise the molecules inside cancer cells as they form in real time. The tricky part is to take the image fast enough to “photograph” the intact molecule and not just catch the debris as it flies apart.

Because of this enormous potential, governments have invested huge amounts of money into these facilities. But what happens if the experiment fails?

After all the effort and political capital expended (not least placating the scores of German citizens under whose houses the 3.4km facility runs), expectations for the European X-ray Laser are understandably high.

How Germans feel about the X-ray Laser

In fact, the question of cost versus reward was the subject of a recent front-page article in the German national news magazine Der Speigel. In it, prominent physicist Holger Stark, director of the Max Planck Institute for Biophysical Chemistry in Göttingen, argues that the investment would only be worthwhile if there were no alternatives, and that the approach has disadvantages.

For example, Stark points out that for a comparatively paltry €4 million to €5 million you can buy a transmission electron microscope. This microscope also offers the possibility of being able to image single molecules. However, the key difference is that in the electron microscope the molecules are static, whereas in the European X-ray Laser they are free to move around (at least until they are destroyed).

The scientists supporting the X-ray Laser project say that the ability to make movies of molecules “in action” is a breakthrough that is well worth the investment. They argue that to be able to actually “see” the movements of biologically important molecules will yield essential insights that will benefit all of humanity.

Of course, at this stage we simply don’t know. As a scientist, whether or not the €1.22 billion would have been better spent elsewhere probably largely depends on whether you have some involvement with X-ray research. Our own research group is among the dozens worldwide hoping to get a chance to obtain images of molecules before they explode.

Eyes on the prize

However, with only a few experiments possible at any one time, competition for access to the European X-ray Laser is fierce. This has been another argument against investing so much money into one facility: only a comparatively small number of scientists may actually get the chance to use it.

But whichever side of the fence you are on, there is undeniably a huge sense of excitement among scientists to see what the first experiments at the European X-ray Laser will yield come September.

Finally, there is the argument that the creation of the world’s first atomic-scale molecular movies would only be the beginning. The observation of the Higgs boson essentially helped to validate our current understanding of the fundamental structure of matter. While the Higgs discovery could eventually lead to new theories being developed, the successful outcome of the European X-ray Laser experiments would arguably have more immediate practical applications.

These in turn would spawn many more questions, as scientists race to make the most of the new technology. One of the key questions, which is already in the minds of many of the groups leading this research, is who gets the Nobel Prize if the idea works?

This article was originally published on The Conversation. Read the original article.